During the maintenance slot, the OS of nika2-b machine was updated and rebooted (PM, JT, WR) as planned; DJ switched to the 2nd trap of the NIKA2 cryostat, HP pressure/MC temp. checked, temperature timelines and noise traces OK after that.

21:00-03:15; Matt: Weather is definitely not good enough for NIKA-2, but luckily the wind has calmed down so we can observe. After some initial problems with weather at about 22:20 we got on sky for project 018-22. Tau is horrendous and not that stable, but we seem to be OK for this bright CO line. Carried out 1 rep. of domapC1, PWV reading still between 7-11mm, moved onto C2. During C2 cal's now report 11-14mm above threshold - had reduced by next scan. 1/4 way through C3 scan but then had to abort due to wind. Just after one hour we restarted by atmosphere stability was terrible, but waited 15 mins and we were good! After a few pointings/cals started observations for 043-22 starting with source L1495A-NS. Thought tau was improving again by just spiked to 1.34!

09:00-15:00; Gianluca: Bad and unstable weather prevented us from observing. We unsuccessfully tried a couple of times calibration, pointing, and focus.

15:00-21:00; Emilia: Bad and unstable weather prevented us from observing. We unsuccessfully tried once for calibration, pointing, and focus. 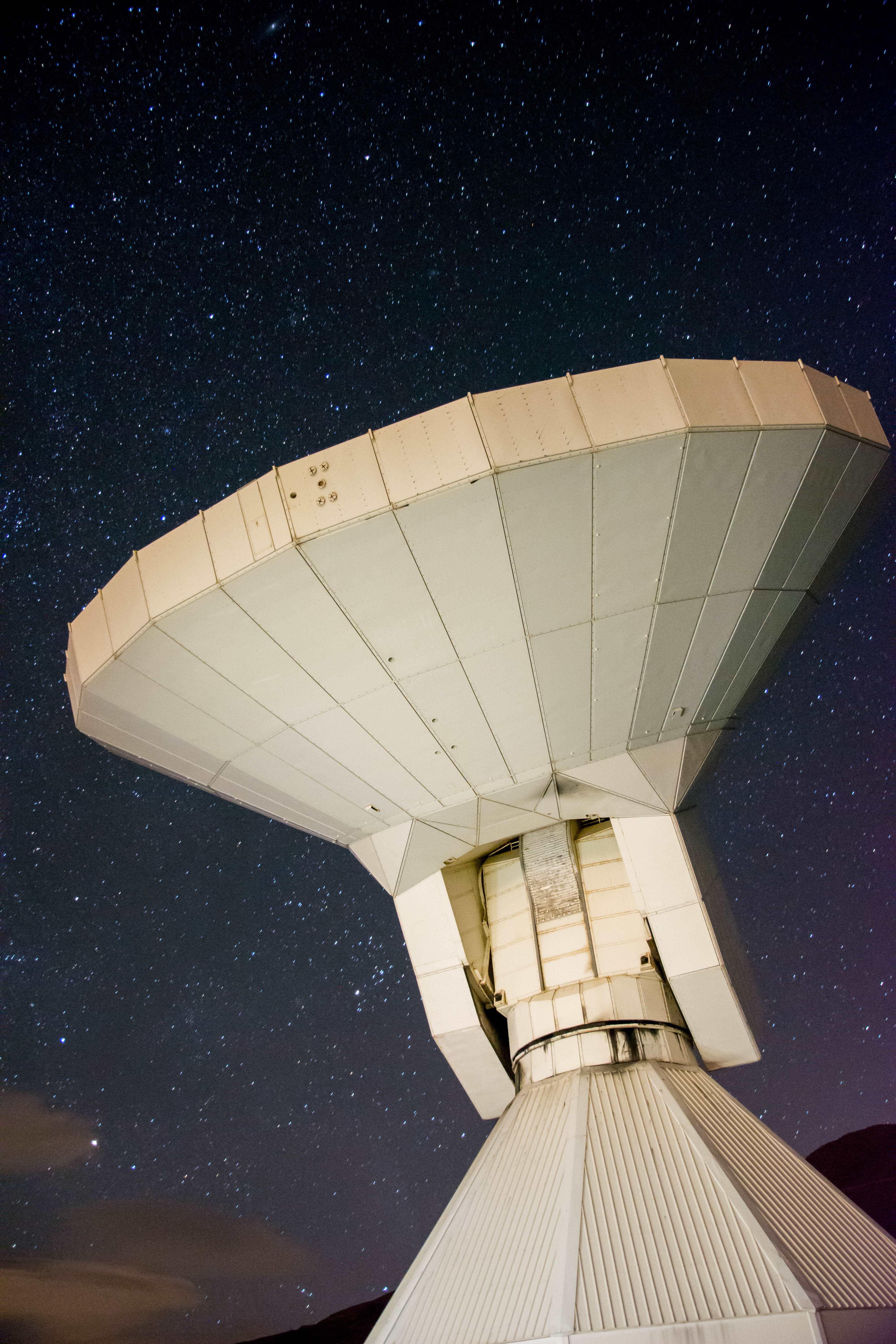 15:00-21:00; Emilia: Weather conditions were good when starting the shift, tau ~0.5. Started to observe project 019-22. After the line cal and the reference observation, we were able to finish the following submaps: submap9 beta & lambda, submap10 beta & lambda, and submap11 beta & lambda. In most scans, there was a persistent weird feature in WILMA around 92 GHz. During these observations, the weather conditions steadily improved (tau ~0.35) and we decided to switch to NIKA2 around 19:45 local time, expecting the tau to keep decreasing after sunset. We tried to get a pointing on 1633+382, but there was an issue with PIIC not being able to process the data, and the .fits files not appearing in the right directories. The issue was fixed in the end, but by that time tau had increased again, and we had to switch back to EMIR.

03:00-09:00; Aishwarya: Opacity was high throughout the shift (>0.4 @ 225 GHz) hence EMIR observations were made. The shift started with project 049-22. The required number of reps for completing the observations for three targets (as listed priority-wise in the project) was completed and 5/7 for another target. Before switching the observations from one target to another, a pointing and a focus were performed using planet Mars, i.e. approx. at every 1.4 hrs. The beam was stable and the PWV level [in the line-of-sight] varied stably between ~2.4 and 7.1 mm. At 8:30 the project was switched to D02-22 where the project was set up and tuning performed. A final pointing and focus for the beam were performed towards the end of the shift (around sunrise). 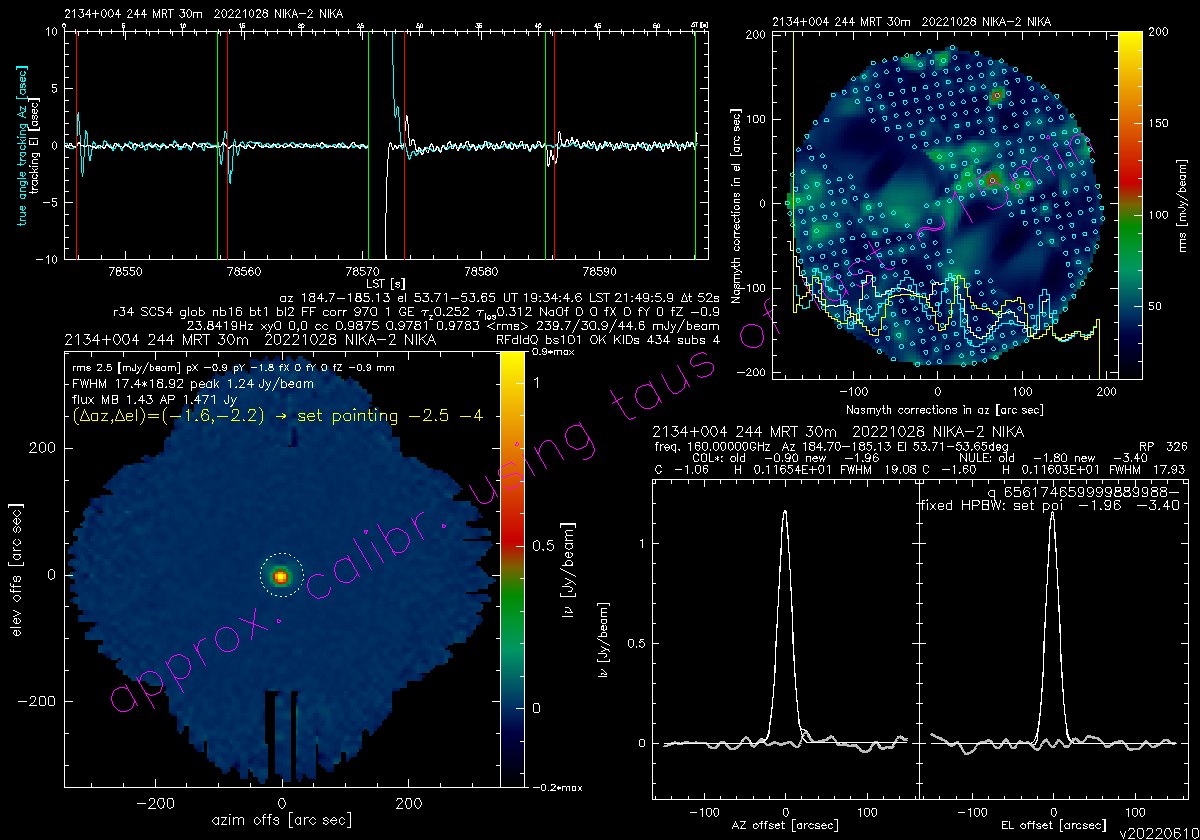 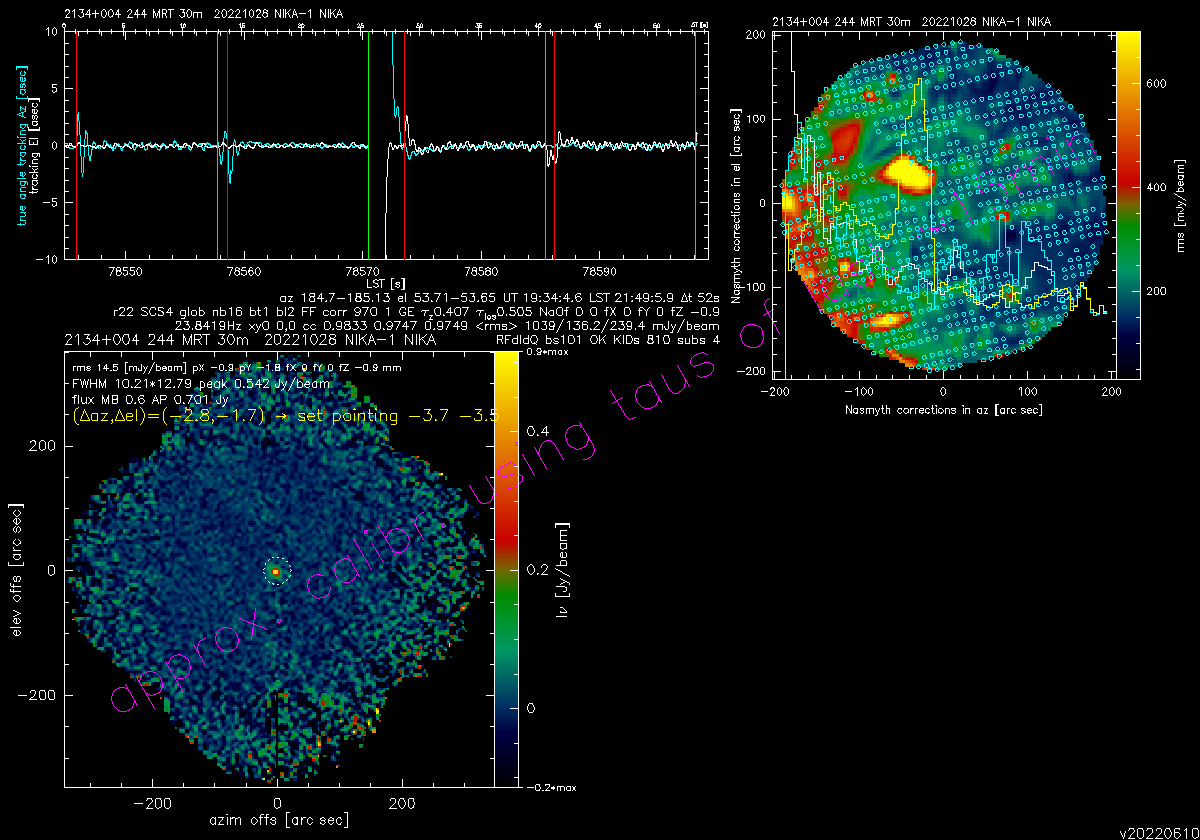 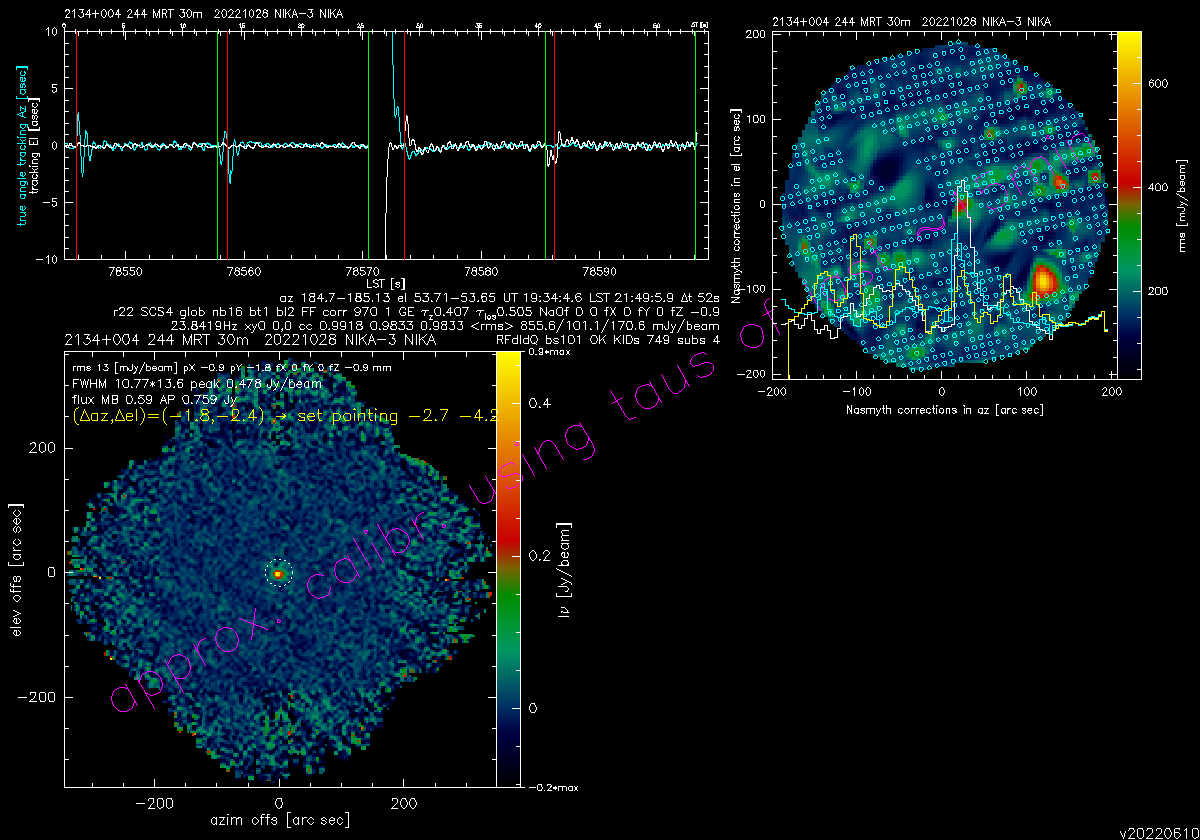 03:00-09:00; Aishwarya: Due to high opacity at the beginning, we switched to EMIR and continued using it throughout the shift. Observations started with setup 1 of project 049-22. The required number of reps for completing the observations for targets CB23 and L1517B was completed. Pointing and focus using Mars were performed at the start and before switching to L1517B. The final target of setup 1 was too high at this point to be observed and so we switched to setup 2 and performed pointing and focus using Mars, after tuning the telescope. 12 reps were performed on target L1495, out of which data for 3 reps was not acquired due to failure in FTS service, leaving 9 useable reps. The PWV was stable and has been recorded for every few scans, on TAPAS. At 7:30 we switched to project 079-22 and performed the required calibrations (pointing and focus with Mars and pointing with nearby source) and tuning and launched the scheduled reps as per instructions. At this point, control was handed over for the following shift.

21:00-03/02:30 (depending on time zone...); Matt: Tonight we have the special shift where time changes and everyone else gets an extra hour sleep :-). Tau is pretty high ~0.5 and on an upward trajectory. Continuing observations of project 083-22 starting with ~5.8mm PWV for 1 observation. Switched to project 018-22 where we made 13CO and C180 maps performing 5 repetitions (every 45 minutes). At midnight (UTC) we switched to project 049-16, starting with L1512 (performing 6 repeats before handing over). Tau has increased linearly over the night, appearing to reach levels ~0.8 at the end of the shift (with a lot of scatter).

09:00-14:00; Gianluca: Observations resumed around 11:30 when the wind velocity became lower than the limit. We observed with EMIR, project ID 079-22. We moved to EMIR project ID 083-22 around 12:15 because the weather conditions prevented us to observe at 1mm with position switching mode. After a few tries, we decided not to observe and parked the telescope at 1 pm. The weather is very cloudy.

09:00-17:00; Angel (extra shift -destined for NIKA2- instead of weekly maintenance due to holiday): Forecasts announce a continuation of EMIR backup observations. So, NIKA2 warm-up for trap cleaning procedure started at 08:20 (SN). Continuing on project 083-22; 0.4 < tau225_GHz < 0.7 and relatively stable atmosphere before ~13h. We made 5 reps. on 41495-high and 4 reps. on 34449-high. After that, we switched to project 019-22 (high priority; science target very close to the position of the Galactic center => El. <~25 deg.). Although we obtained reasonable focus/pointing corrections on strong sources at an intermediate elevation, it was impossible to get them on sources close to the science target for a good while (and under project test). At ~15:30 we switched again to project 083-22 when an appropriate pointing source (1633+382) to continue the observation of the next science target was accessible. Opacity spiked to ~0.9 meanwhile. Switching to project test, aiming to get acceptable pointing/focus corrections. Good focus after 2 tries. Signs of anomalous refraction after pointing scans. We give up at 16:40. Kike prepares the setup from our side for a POLAMI session.